This week’s sports tech news hasn’t been entirely positive. Even just ‘tech news’ in general, this hasn’t been a strong week. For the most part, stories are either about price increases, or layoffs – with very little actual new tech. On the bright side, news should shift in the coming days and weeks, with the pipeline starting to fill up a bit with new products in the queue. Till then however, it’s worthwhile diving into two items that have floated by in the past two days.

First up is a debt rating memo regarding Wahoo Fitness, that paints a bleak picture. Down below though I’ll outline the likely next steps, as well as some thoughts on what I think Wahoo needs to focus on.

Next up after that, Tonal increased prices, but this seems to be an example of how to do it. Even if you’re unhappy about paying more, at least the company communicated it correctly and transparently. It’s a worthwhile example for other companies to look at and follow.

Let’s dive into it.

Another debt rating memo has been released on Wahoo Fitnessfollowing similar memos last fall. This memo increases the dire situation that Wahoo is in, regarding their ability to pay upcoming debt payment obligations. Last fall those memos outlined scenarios including massive restructuring or worse.

It’s not a long memo, and you should go read it. Picking out a quote or two is kinda silly, because literally every line is quote-worthy in the conventional way you think of news quotes. Except, none of the quotes are pretty. I suppose the most well-rounded one is:

“The negative outlook reflects our expectation that the tough operating conditions will persist over the near term, causing the company to face a liquidity shortfall over the next six months absent a liquidity enhancing transaction.”

The memo basically says covers what everyone in the industry knows: Smart trainer sales have plummeted post-COVID, Wahoo has far too much inventory on-hand they can’t sell, and doesn’t have other products people are interested in buying. Keep in mind that competitor Saris already went through a bankruptcy-like transaction, selling themselves off. Meanwhile, neither Tacx nor Elite are in any trouble. In fact, Tacx is not only expanding physically, but hiring as well.

Now that said, I wouldn’t be worried about purchasing Wahoo products in terms of support/etc. I (well, we, my wife as part of this purchase) did so last month buying a Wahoo KICKR Bike V1 Refurb during their holiday sales. I basically see a few core scenarios:

1) Wahoo gets a cash injection from outside investors (likely contingent on heavy restructuring)
2) Wahoo finds an unlikely way to sell enough stuff to cover their debt obligations themselves
3) Wahoo goes into Chapter 11, and finds its way out the other side slimmer
4) Wahoo sells itself off (willingly or otherwise) to another company/brand

One of the things people outside the US forget is how forgiving the US Chapter 11 bankruptcy system is. Plenty of companies have gone through this and emerged out the other end with no meaningful impact to consumers/customers. Certainly, it’s not a fun experience – but for a company like Wahoo, it’s a viable process. The primary impact here would be on those that Wahoo owes money/products to (which could include local bike shops).

During this time though, Wahoo needs to really focus on making products people [really] want to buy. That likely includes killing off the RIVAL watch (even if that has no meaningful strain on resources at this point). It includes refreshing the KICKR vNext to be compelling enough feature-wise to drive all those 2017-2021 KICKR buyers to say “Take my money!”, and it includes finding a new pricing strategy for the KICKR CORE to be competitive with the Zwift HUB. Whether or not Wahoo wins their lawsuit against Zwift is irrelevant now. By Wahoo’s own court admissions, it’s no longer price competitive. So…do something about it. That pricing floor has now been set, and either other trainer companies or OEMs will arrive at that price point (or below it, as is the case in Europe already). So, make/sell a V2 KICKR CORE with WiFi at perhaps $599 to $649, cassette included, and be the Wahoo premium that the CORE is in terms of accuracy/connectivity/CLIMB compatibility/etc over the $499 Zwift Hub.

I don’t have an easy-button solution for the ELEMNT line-up of GPS bike computers. Undoubtedly we’ll see overdue refreshes from Garmin & Hammerhead at some point in 2023 for their product lines that compete with Wahoo. Wahoo’s got two challenges there. First, their hardware just isn’t competitive anymore from a display standpoint. But second, the feature upgrades are far too slow to compete with Garmin or Hammerhead anymore. Sure, simple usability is Wahoo’s thing in life, but overwhelmingly, sales numbers don’t lie – people aren’t seeing enough of a difference there anymore to justify the loss of features. It is what it is. Wahoo could flip that story by re-pricing their units to be sub-$200 somewhat like Lezyne, but better. Of course this loses the Wahoo premium appeal.

Next, it includes refreshing things like the KICKR Desk for easy money. Adding power ports, water bottle holders, and wheel locks, and charging a premium-but-reasonable price. Wahoo has demonstrated people will pay silly money for Wahoo-branded accessories (me included). But they stop paying that money when it’s 3-4x the price but half the features (also me included).

Finally, it can also include new products that are exciting enough to drive consumers to spend money. Ideally, high-profit type products that have low costs.

Oh, as for TMN/SYSTM? My guess is that their current subscriptions probably cover the costs of that division. And realistically, those software devs aren’t going to easily transition to making device firmware (as that’s platform devs vs embedded devs – two totally different things). So it’s not like you can say “the ROI is better if they developed ELEMNT features”. Thus, assuming everything is equal financially, just keep it around. But really, make an Apple TV version of SYSTM. It’s the single reason I don’t use it, as I think overall SYSTM is quite good.

Wahoo’s a solid company making solid products, and one that’s had an outsized impact on the sports tech landscape. Without Wahoo, we might still be dealing with trainers still all operating in their own little proprietary protocol fiefdoms. The meteoric rise of Zwift and others wouldn’t have happened without the open app integration that Wahoo pushed for, because there was no controllable app integration before then. We might have never had the competition in the cycling GPS space that we see today, and we might have never gotten trainer desks. Wahoo just needs to find a way to create the next generation of products that change the landscape. Do that, and they’ll be alright.

Tonal Shows How to Do Pricing Changes Right: 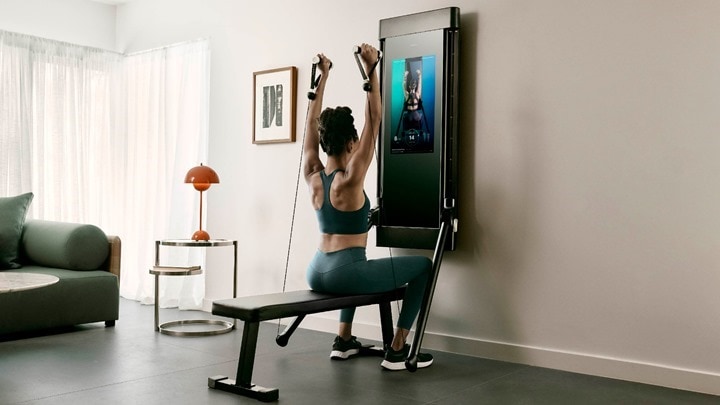 I don’t have a Tonal thingamajig. It looks cool, but I live in Europe, and they don’t deliver it here (and while I’ve taken apart entire Peloton Bikes and carried them on airplanes before, this mirror looks a bit trickier to check at the United desk as baggage ). However, what is clear is that they know how to properly communicate a price change. You can read the whole thing here.

They sent out an e-mail to users that includes:

1) The exact date the new pricing takes effect
2) The exact new price (yes, I know, crazy to write the price in the email)
3) Even a comparison chart showing all the new features since the original price in 2018
4) Not a giant fluff/puff corporate PR speak e-mail

They did also concurrently announce taxes would be collected extra, like TrainerRoad did, which does muddy the water slightly here. But again, they were clear about that fact, and that it would vary by zip code.

I think most consumers are understanding of the world reality that pricing is going up for things. This is a 20% price increase (albeit more for states that collect sales tax), which is a bit on the higher end of things. But it’s also the first one since 2018, so there’s that reality. What consumers are NOT OK with, is companies trying to hide it.

Meanwhile, a week after Strava’s non-communicated price change they’ve still been silent. Still no clarity on pricing, still no communications to users, still tons and tons of confusion from consumers. For funsies, the video alone has ~300K views and about 2,000 comments. The post? A few hundred thousand views. My original tweet about it? Viewed over 350,000 times. follow-on media stories referencing confusion and outrage? Countless. What is Strava waiting for?

With that, thanks for reading!