By David Churchill Chief Political Correspondent For The Daily Mail

Rail workers are crossing picket lines in increasing numbers on RMT strike days amid a growing rebellion against the union’s leaders.

Industry insiders claimed half of Network Rail staff turned up to work at ‘dozens’ of depots and signal boxes on the RMT’s latest two strike days, on Friday and Saturday last week.

They said these were the highest attendance rates they had seen since strikes began last summer. Most of the workplaces where this happened were in East Anglia and the South West. It suggests growing numbers are defying RMT boss Mick Lynch and want him to do a deal, with around 80 per cent of track maintenance workers and signallers at Network Rail being members of the RMT.

Nearly a quarter of staff overall are turning up for work on strike days.

Industry insiders claimed half of Network Rail staff turned up to work at ‘dozens’ of depots and signal boxes on the RMT’s latest two strike days, on Friday and Saturday last week. Pictured: Strikers on Saturday 7 January

‘We’re looking at almost a quarter of staff being back overall and that’s the highest it’s been. The trickle is moving up to a flow and it won’t be long before that trickle becomes a flood if they carry on as they are.’

The source compared the situation to the 1994 signallers’ strike, when staff returned to work in defiance of their union after becoming tired of repeated walkouts.

Last month, more than a third of Network Rail staff voted in favor of a 9 per cent pay rise offer over two years, despite the RMT telling them to reject it.

It comes as talks between the RMT and 14 train companies, also involved in the dispute, are set to continue over this weekend amid growing hopes of a deal.

Ministers have climbed down over demands for guardless trains, paving the way for a potential agreement. 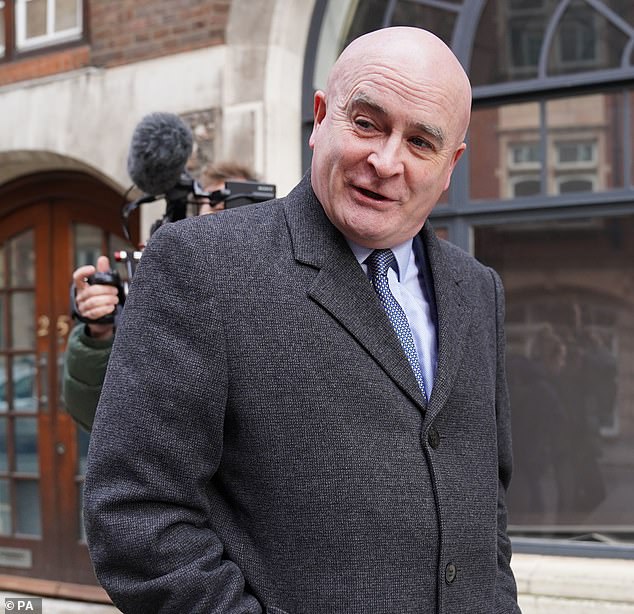 Growing numbers are defying RMT boss Mick Lynch (pictured) and want him to do a deal, with around 80 per cent of track maintenance workers and signallers at Network Rail being members of the RMT

Ministers also approved a pay offer of 9 per cent over two years – 2022 and 2023 – and backdated to the beginning of last year. Negotiators will spend the next few days trying to hammer out an official proposal in writing, which the RMT would then likely put to members in a referendum.

However, two areas of contention remain – the closure of ticket offices and forcing more rail workers on to contracts where they can be rostered more easily at weekends so Sunday services are not so binding on overtime.

A dispute with Aslef, which represents train drivers, also needs to be resolved.

Last week the union was offered an 8 per cent pay rise over two years, meaning the average driver salary would go from £60,000 to £64,800. But it is expected to be rejected when Aslef’s executive committee meets next week, meaning that disruption will continue even if deals are struck with the RMT.

In a sign there are still several issues to iron out, a Whitehall source said: ‘There has to be generational reform in this deal, to put the rail industry on sound footings and allow it to thrive in the 21st century.’ The RMT was contacted for comment.