Liverpool 0-0 Chelsea: Honors even in Anfield stalemate as Kai Havertz has an early goal disallowed for the Blues while Mykhailo Mudryk impresses on debut – as draw harms rivals’ top-four hopes

By Rob Draper for the Daily Mail

World Champions versus Champions League finalists; or tenth versus eighth. It depends how you sell it, what spin you want to put on the current manifestations of Chelsea and Liverpool. To be honest, it felt more like early season Carabao Cup. The respective injury crises at both clubs mean there was a smattering of stars, a few aging pros and some unfamiliar youngsters.

Nothing says mid table mediocrity than the underwhelmed silence that greeted the final whistle followed by a ripple of polite applause. This was not one of the great encounters between these two clubs. The quality of the game had a distinct tenth versus eight feel about it. It certainly wasn’t as if two of the elite teams in world football were going toe to toe.

Only the transfer fees attached to players would have given the game away that these are two super powers. Chelsea’s £89million signing Mykhailo Mudryk got on, almost wriggled his way through the Liverpool defense to score an dramatic 63rd minute opener and then was almost got on the end of a deep cross on 71 minutes. Almost. £40m Cody Gakpo is holding the forward line for Liverpool at present and £85m Darwin Nunez came on to add support. 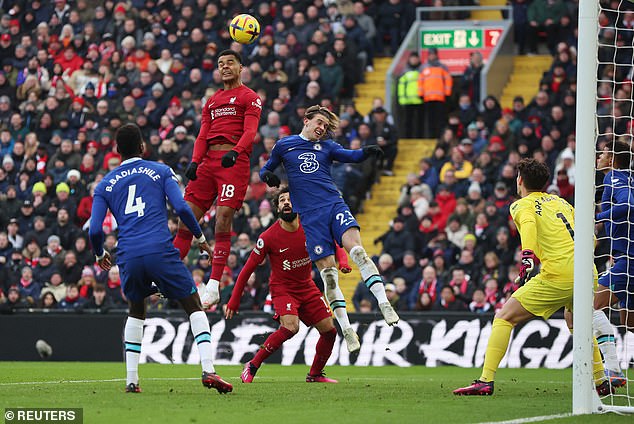 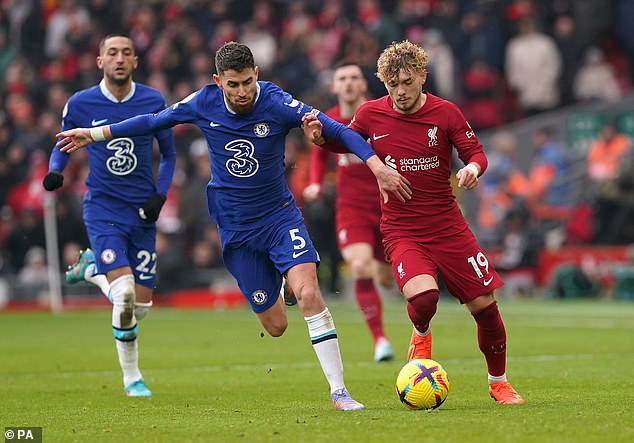 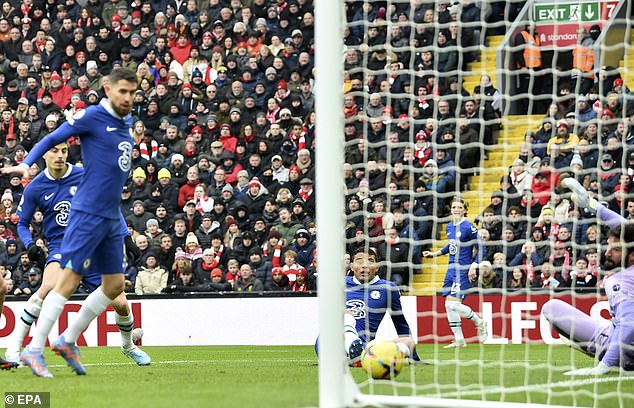 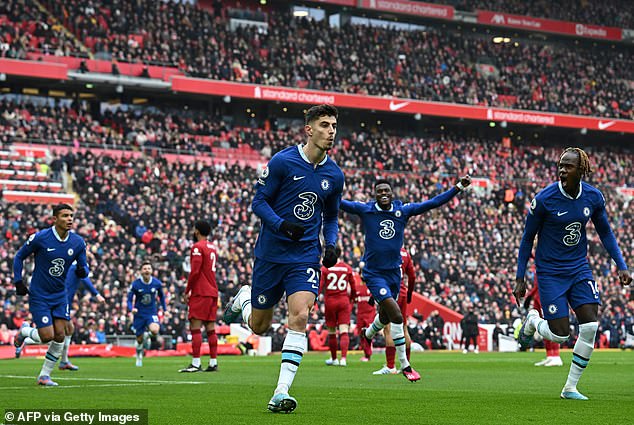 However, after a VAR check, the Chelsea forward was offside and his goal was disallowed

There were moments of small drama, not least when Kai Havertz poked in a shot in front of The Kop in the first minute and Chelsea celebrated with gusto and at length. Only for Anfield to roar with schadenfreude when the VAR eventually ruled it out for offside after a lengthy delay. It was the closest we got to any real excitement. And we cruelly deceived if we thought it was an auspicious omen.

There was Hakim Ziyech setting off on mazy run across goal on the hour, gliding past five players and then skewing his shot over the bar. Or Naby Keita with a super ball to Mo Salah jusy prior to half time which put the Egyptian free and in space, Salah, with one goal in his last five, shot wastefully over the bar.

But the mediocrity screamed two teams in transition. Whether it was a rare Alisson mis-kick conceding a corner or Carney Chukwuemeka tripping over his own feet in the box when through, it wasn’t a game for the ages. 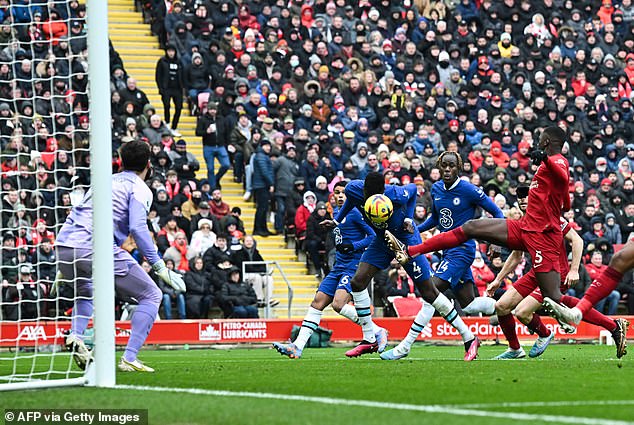 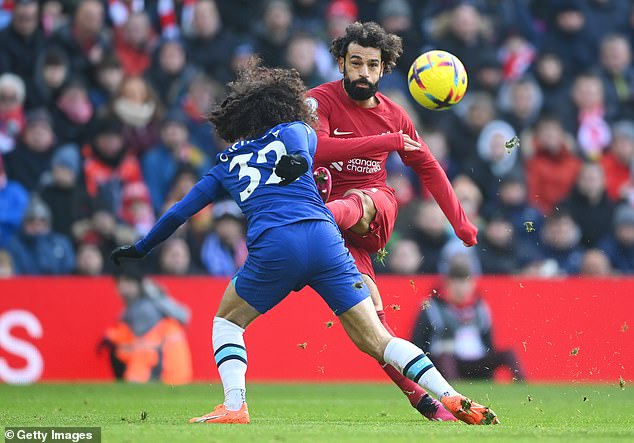 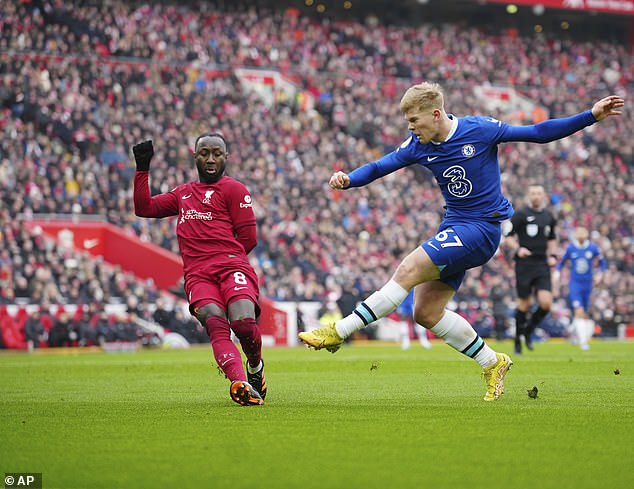 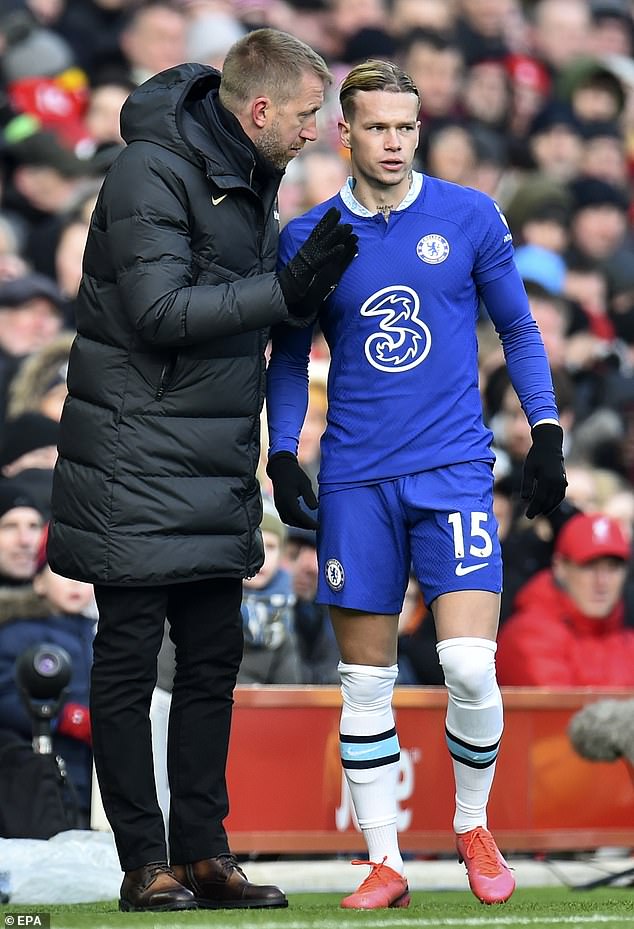 What positives might Graham Potter and Jurgen Klopp take from this? Their defensive structures at least looked a little more secure. For Chelsea, Benoit Badiashile looked adept and at home, having dropped into a Premier League contest, even if not a truly elite one. Ziyech looked a little bit more like the winger who played for Morocco in the World Cup. And James Milner is…well, James Milner. The seasons tick by but he remains essentially the same reliable player he was at 16, just these days performing with competence at right back rather than attacking midfield.

But what we know is wrong with the teams remains wrong. Liverpool’s midfield, whether it be the more experienced aging stars or the youngsters brought in to replace them, remains a shadow of the powerhouse that propelled it to three Champions League finals. 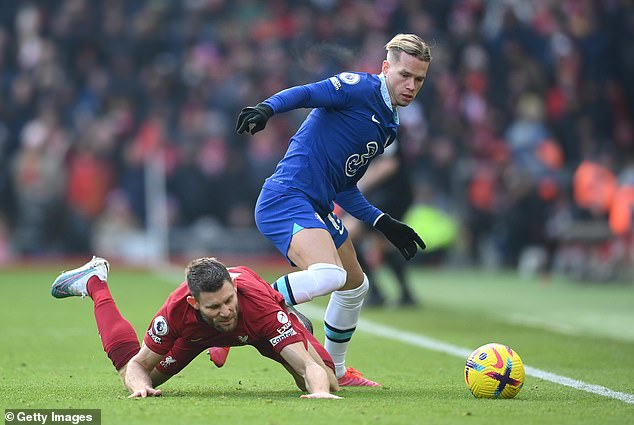 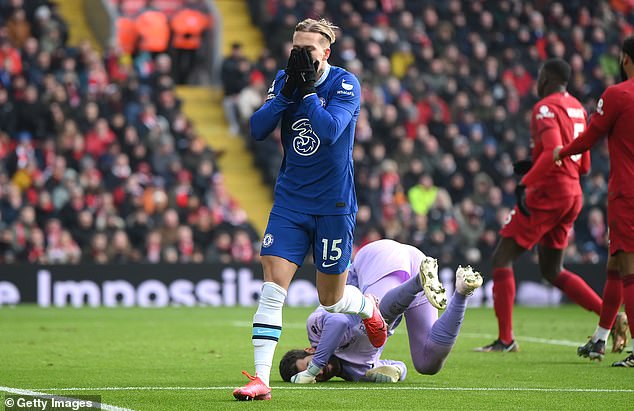 Chelsea have little in attack. Their big investments are Romelu Lukaku, currently unhappily on loan at Inter, and Pierre Ermerick Aubameyang, who came off the bench without noticeably increasing the game’s quality. Havertz is the best they have. And he isn’t good enough, as a center forward at least. In midfield, Lewis Hall did commendably for an 18 year old and Jorginho held things together. But the latter looks too old and the former too young to represent a real force while Conor Gallagher, despite early energy, looked a little lost.

Neither can take much from a goal-less draw, just bland positives about stemming the flow of bleeding and relaunching the second half of the season. We had freezing lunch time at Anfield, that was about as good as it got. 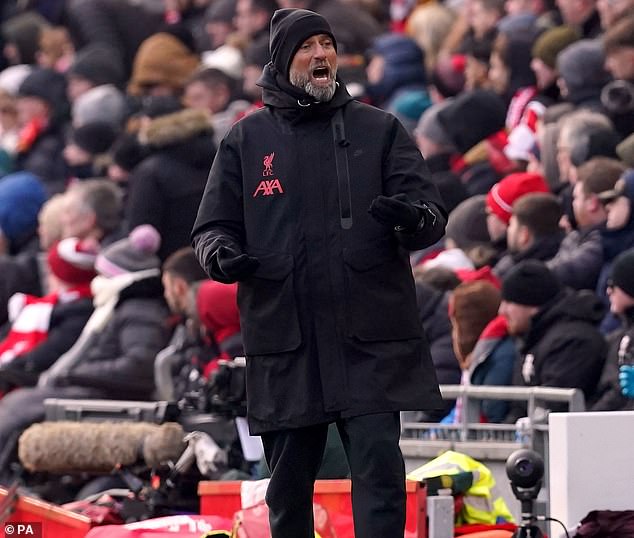 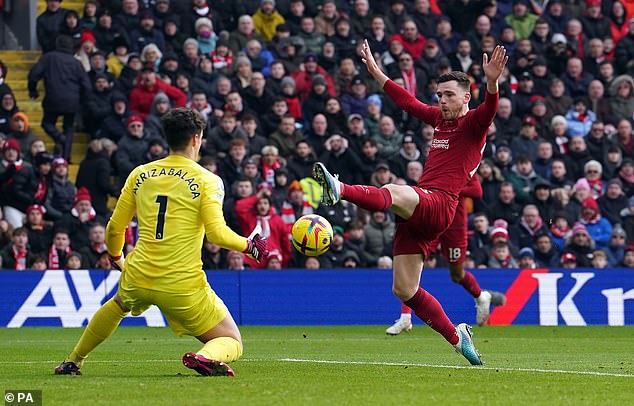