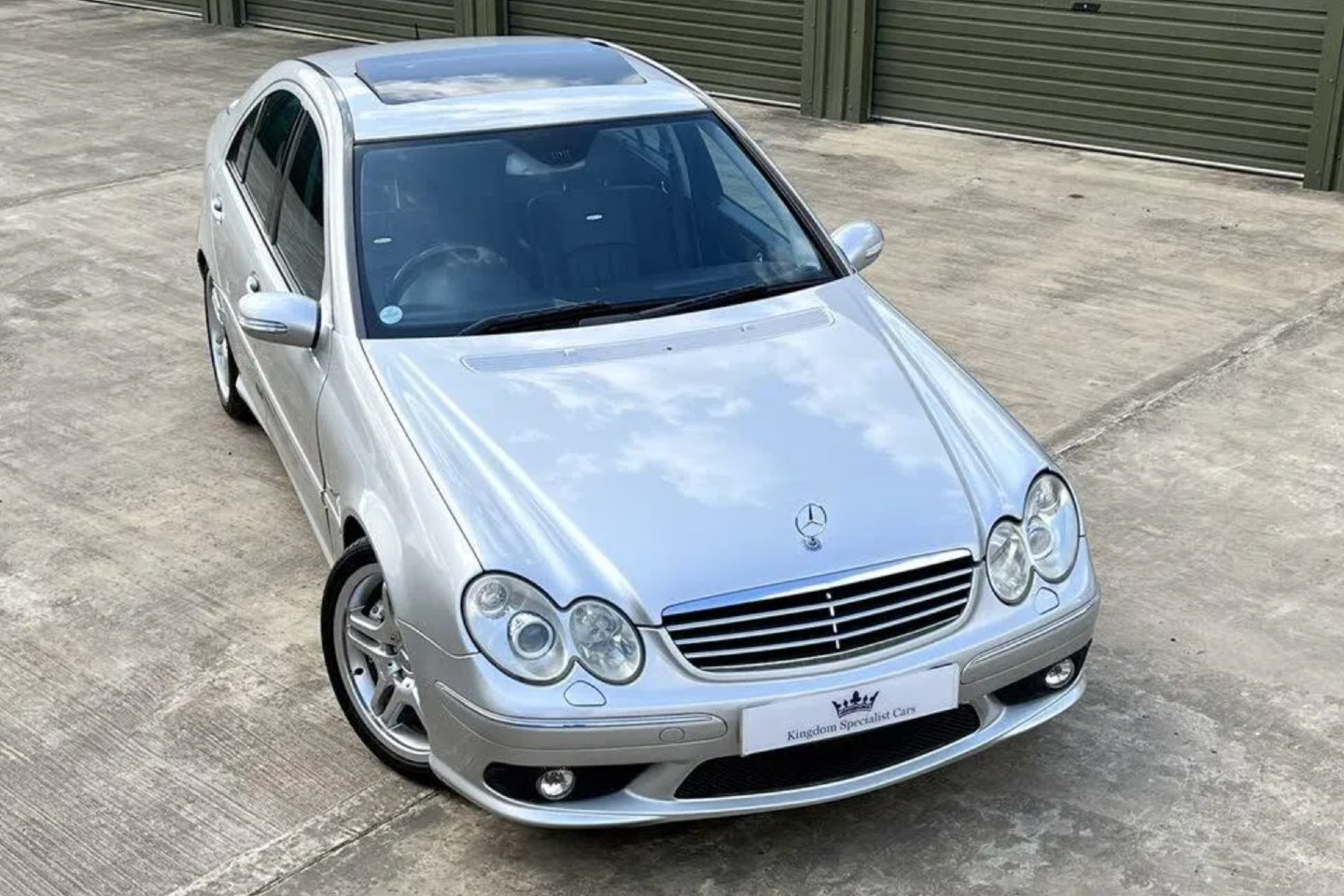 I like to think I approached the new four-cylinder C63 with an open mind when the first media drives got underway at the back end of last year. Obviously, a four-pot C63 that weighs over 2.1 tonnes doesn’t sound nearly as alluring as the twin-turbo V8 found in its predecessor, but AMG knows a thing or two about building engines accompanied by thunderous exhaust notes. If anyone can make downsizing work, it’s AMG.

However, to the disappointment of many, it still seems like there’s no replacement for displacement. A blast through Baetic mountains in southern Spain, plus a dozen or so laps around Ascari, revealed that the C63 is brimming with the sort of sophisticated technology that helps shave a few tenths off your lap time. It is, however, let down by a lack of drama from the moment you hit the start button – and that simply won’t do for AMG’s flagship C. Of course, if technology isn’t high on your list of necessities, then there’s a good 20 years’ worth of V8 C-Class delights to choose from for a fraction of what we’re expecting the new car to cost.

If it’s an engine-dominated experience you’re after, then look no further than this C55 AMG. Yes, the W203 C-Class won’t go down as a particular high point in Merc’s history, with the E46 BMW 3 Series proving more rewarding to drive and offering a better range of engines. Things were vastly different on AMG models, though. Though the original supercharged six-cylinder C32 couldn’t hold a candle to the M3 at the time, the V8-powered C55 introduced in the model’s major 2004 refresh certainly could. 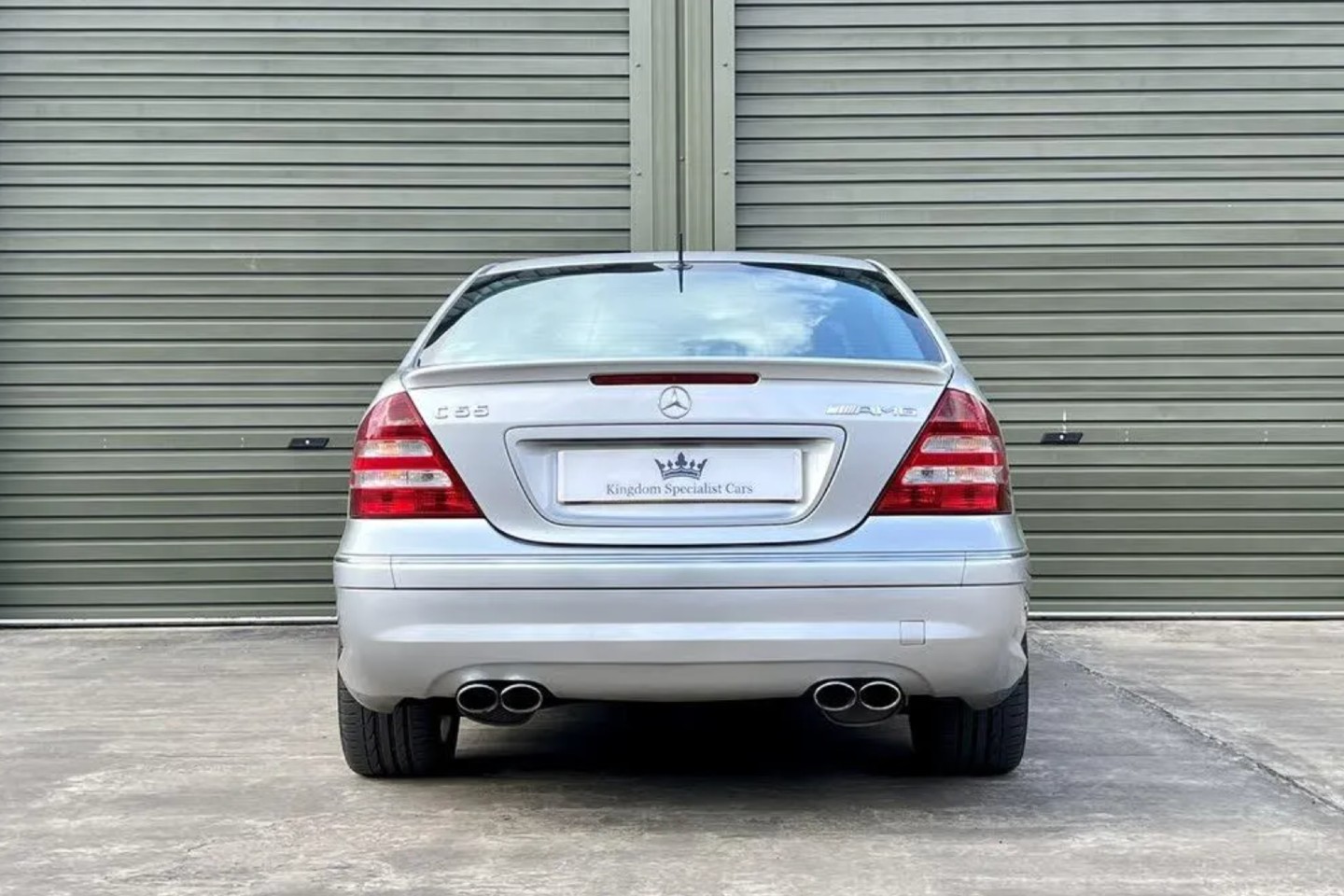 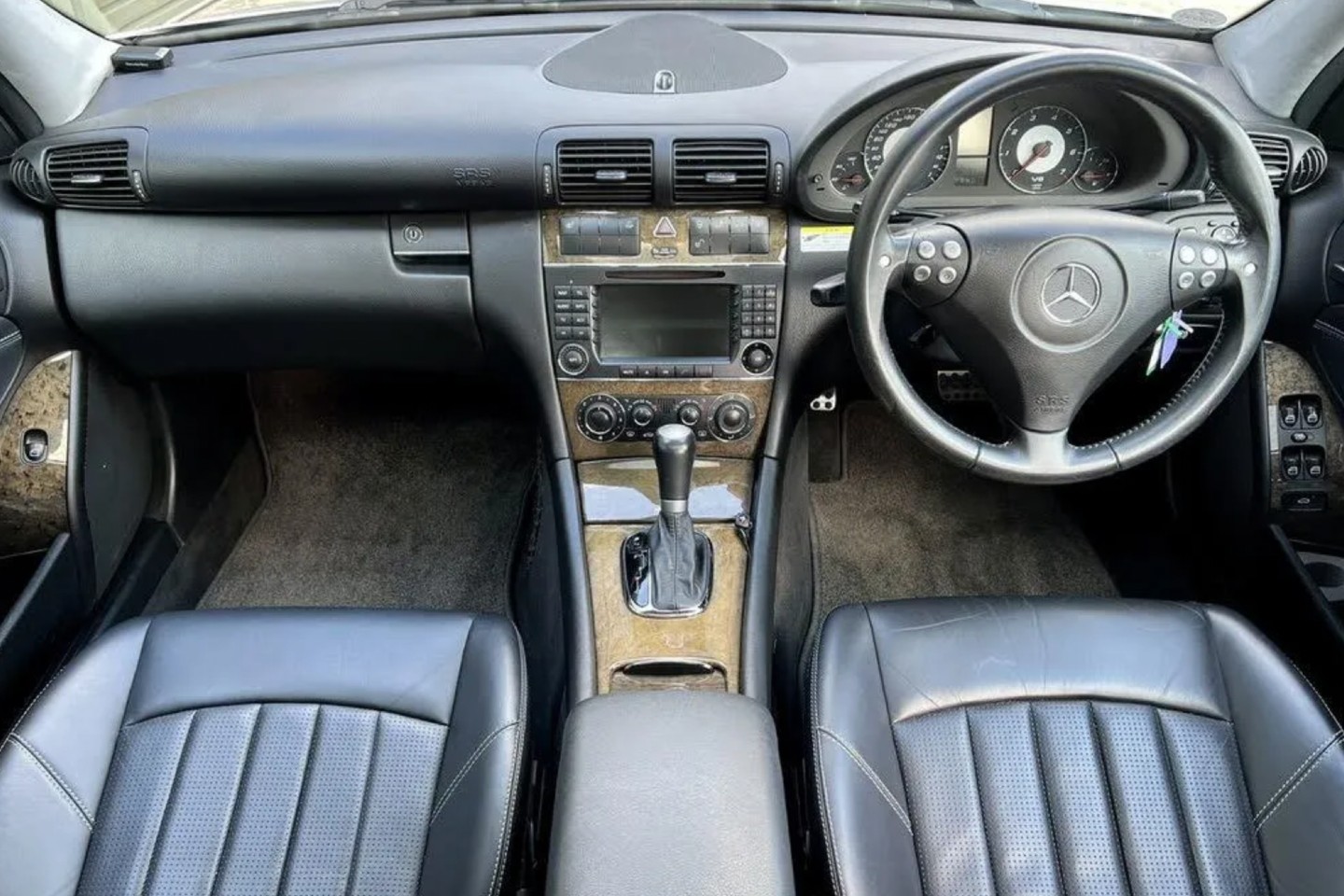 In complete contrast to the C63, the old C55 is about as basic as it gets. Even the 5.4-litre naturally aspirated V8 up front can trace its roots back to the C43, though it bears a closer resemblance to the W210 E55 AMG from the late noughties. Still, it received a healthy performance boost to 367hp – a 13hp gain over the old E55 and, crucially, some 24hp more than what the M3 could muster. It’d leave the M3 in its dust in a straight line, too, with the C55 completing a 0-62mph run half a second faster than the Beemer at 4.7 seconds; V8 warming your ears in the process. To the M3’s credit, the S54 straight-six packs an almighty bark and choosing between the two on noise alone is not the work of a moment.

Needless to say, the M3 would be faster over a lap and benefits from a six-speed manual, while the C55 was only available with a five-speed auto. But, really, who’s having more fun? The person busy clipping apexes for the sake of shaving a tenth or two off their lap times, or the fellow who spends most of their time going sideways. Answers on a postcard.

Admittedly, the C63 W204 qualifies as the most desirable V8 Benz, given how it cemented the hot C as the yob of the AMG range. But for the price of a ratty W204 C63, you can comfortably find a tidy C55 that’ll give all the eight-cylinder goodness so many AMG fans crave. take this 2005 example, par exemple. It’s covered just 45,000 miles, is brimming with wood veneer and, best of all, is a Japanese import, so rust shouldn’t be a problem. The seller’s wanting £14,985 for it, which does make it a tempting alternative to the M3. And a fraction of the cost of the latest model, with three times the goosebumps.